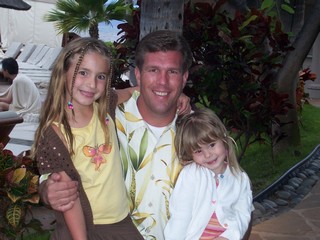 Audio clip: Adobe Flash Player (version 9 or above) is required to play this audio clip. Download the latest version here. You also need to have JavaScript enabled in your browser.

My Introduction to Real Estate Investing

Before leaving on a ship to the Persian Gulf heading off to war, we had several hours to kill in San Diego California where we were about board the USS Tripoli for an undisclosed length of time.  It was 1992 and I was an ambitious 21 year old US Marine.  I had a chance to stop in a book store where I found the book Creating Wealth by Robert Allen; this was my first introduction to the exciting world of real estate investment.  I remember finishing the book in my bunk bed the night the US invaded Iraq January 14, 1992.  About 50 of my platoon mates and I watched as President Bush Senior announced the invasion over the television, I remember not sleeping a wink that night.

When I returned from the war and exited the Marine Corps with honorable discharge my best friend Scott Edwards pursued our first real estate deal.  We had no clue what we were doing and didn’t have Google at our finger tips to find out how. We also had no clue that the US was in a deep real estate recession, however we were excited, ambitious and willing to learn and take action.  We found an 8 unit apartment complex for sale in Scottsdale through an ad in the newspaper.  It was listed For Sale by Owner by a gentleman who lived on site.  We met with him and we agreed to purchase the property for $250,000.  The seller would allow us to “wrap” the mortgage with a $20,000 down payment.  With our savings and borrowed money from Scotts father we purchased the property.  We didn’t do due diligence, or cash flow analysis or even a home inspection, we were young and naive but we successfully completed our fist real estate deal. I was 22 years old.

A Path in a Different Direction

From 1993 to 2003 I wasn’t involved in real estate at all, I was an independent contractor for a successful sales and marketing company that promoted and sold “green” products.  I ended up opening several offices for the company and became a national sales trainer teaching success and motivation to thousands of people across the country.  This was an amazing time for me, I was single (for a short time) made a ton of money and was traveling around the US inspiring people to stretch their minds and personal limits to achieve success. During this time I met my Angela, we married in 1996 and have been happily married every since.  The parent company I worked with had some major issues so I decided I would leave and do what I always loved…Real Estate.

Getting Back in the Game

It was April 2003 and I decided to take up real estate investing again but more on a full time basis, I remember listing to 1510 KFNN a financial talk radio station base in Phoenix and there was a guy selling no money down real estate course where you did not need crash or credit.  I turned the dial thinking it was too good to be true but something brought me back and I heard him out. I ended up ordering the $500 course and devoured in 1 weekend.  The information was extremely out dated but the concept seemed plausible.  The idea he presented was to tie-up pre-foreclosure properties under contract and flip the property for a profit using a double escrow.  The method started by getting a list of pre-foreclosures and knock on the delinquent homeowners door and offer to purchase their home for cash.   I had no idea if this would work but I gave it a shot, I must say it wasn’t easy.  One thing you will learn about me is that I’m relentless when it comes to figuring stuff out.  If there was just one person that was able to do what I want to do, than I wouldn’t sleep until I could do it successfully.  I went all out, I got my list and mapped out where these houses were and knocked on 30 doors a day.  Like I said it wasn’t easy the first couple houses were the worst.

I had my list in hand and Napoleon Hill’s Think and Grow Rich tape playing in my car.  I circled by my first pre-foreclosure house about 10 times before stopping two doors down.  There were 3 big trucks in the drive way and the place was in shambles.  I contemplated leaving several times but was bound and determined to get the 1st one under my belt, so I slowly walked up to the door as I played the script of what I was going to say in my mind.  I knocked on the screen door and a grizzly man with a tattoo on his chest opened the door and asks “what the hell do you want”.  I froze; literally, I couldn’t say a thing my tongue seemed like it was the size of a banana.  I mumbled like an idiot for about 2 minutes as the guy looked at me with concern. “Are you alright?” he grimaced.  I turned quickly and speed walked to my car and drove off as fast as I could.  Wow this sucks I thought!

After breaking through the ice, I got good at hitting roughly 30 houses a day; it took me 3 weeks to get my first deal.  I found a beat up home in Glendale AZ that was going to trustee’s sale in about 4 weeks.  I set up 3 different appointments with the homeowner and he stood me up on every occasion.  I finally got him to agree to meet me at 7pm on a Saturday night where I brought my contract and pens.  I executed my first deal that night and I was so excited I could believe it. Now I had to sell it, that’s when I met Mike my future partner.  I found him by looking in the real estate ads in the local newspaper; he had several properties he was selling on a lease option to buy.  His model was to buy and hold and mine was to contract and flip.  I had the property under contract for $86,000; I thought it was worth around $130,000 or so and I ended up selling it to him for $97,000 which netted me $11,008.61. May 20, 2003 was a good day…

Once you get you first deal under your belt the task becomes getting more deals and streamlining the process.  I was a machine at knocking on doors; I also placed ads in the local penny saver and several other small circulations around Phoenix. The phone started to ring and the deals started come in.  It took me roughly 2 months of consistent door knocking and ad placing to get me up to 4 to 5 deals a month.  I made on average of about $5,000 a deal and ended up making well over $100,000 that year with no money out of my pocket and my credit was never checked once. It worked, I worked!

From Then to Now

In January of 2004, my partner and I started aggressively buying properties, our strategy was to build a million dollar property portfolio for long term income and flip properties for short term income.  We ended up building a $36,000,000 property portfolio in a matter of 13 months. We felt the real estate market heating up in early 05 and started to position my to sell off our inventory investors.  We ended up selling our entire inventory from May 2005 to November 2005; we made a lot of money real fast.  Most of the money we plowed back into real estate buying in-fill land ranging from 10 acres to 138 acres.  My business model hasn’t changed; I am still building my own property portfolio for long term income and flipping properties through PhoenixWholesaleHomes.com for short term income.

I want you to know you don’t have to be the smartest guy in the crowd to make it in real estate, I don’t have a college education (I’m sure you can tell by the typos, sorry) but I have determination. I started this Blog/Podcast to give real estate investors at every level a place where they can come and learn, share and hopefully apply this knowledge to there lives.  Our content might not always be about real estate investing but I assure you it will make a difference in your everyday life.  I’ve search the web for a successful real estate investors that are willing to share their knowledge without trying to sell a book or tape and it’s extremely difficult to find, most of the so call Guru’s are missing the boat.  A very successful man once asked me “Who’s your coach”,  “what do you mean?” I replied  he said “ find someone who has what you want, do what they do and you’ll get what they got”  Find a good coach and learn as much as you can and don’t let anyone tell you, you can’t accomplish the goal you set out to achieve

Flip2Freedom is a one of a kind website that will show you how to escape the 9-to-5 and live a lifestyle most people only dream of.

This site will become your hub for interacting with like minded people on the same quest for freedom.
Flip2Freedom Academy is an exclusive cutting edge, online coaching program that is affordable, interactive and is specifically designed to give you the tools and education to quit your job in 19 weeks or less.