This is one of my all time favorite books, If you haven’t read it you should it’s awesome! Here’s whatScott Alexander the author of Rhinoceros Success posted on his Facebook the other day.  I though I would share it with you. 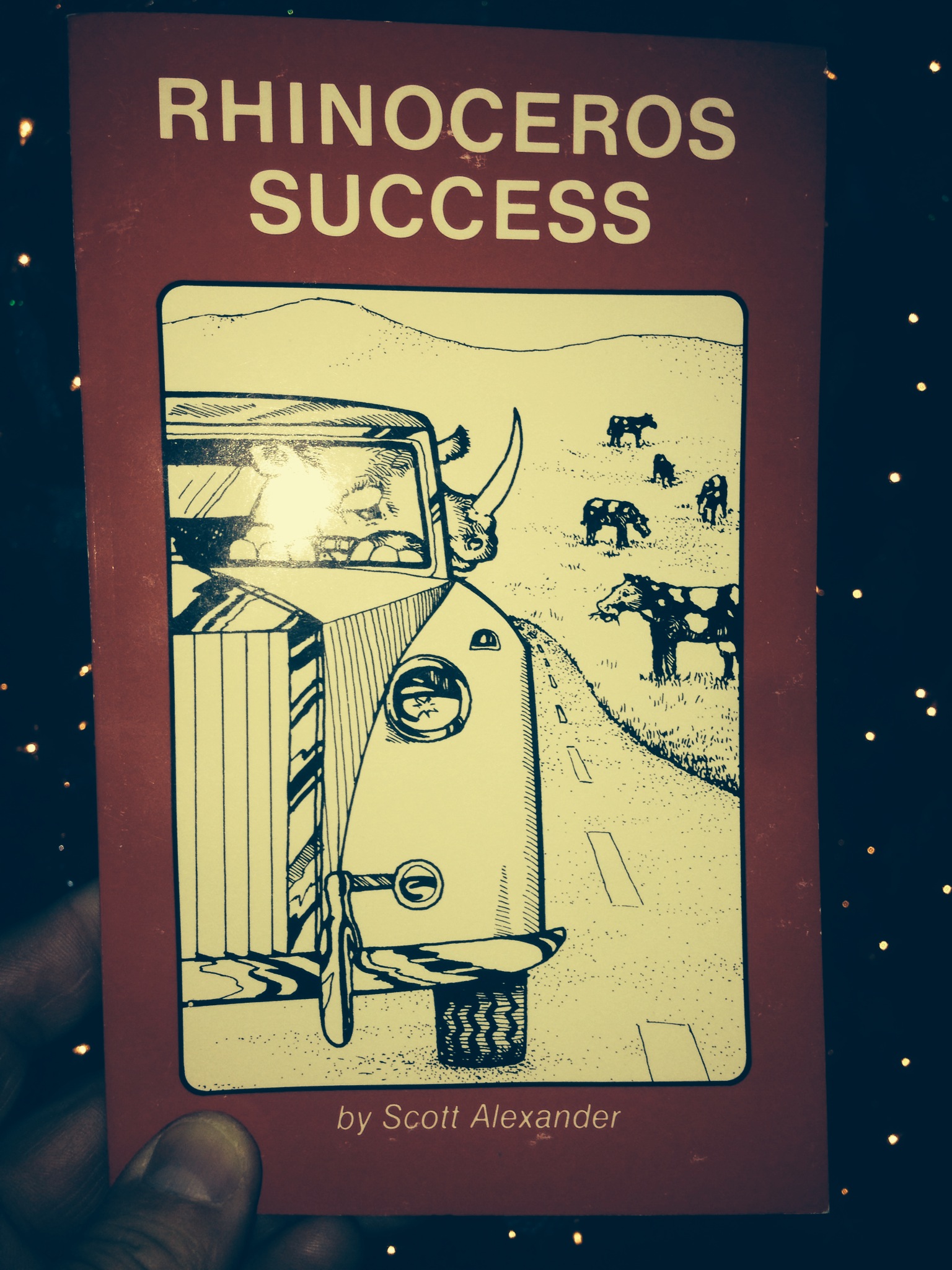 “RHINOS CHARGE AGAINST THE FLOW! How many people can wake up in the morning and do whatever they want to do for the day? Not many, right? Of course, the reason is because they have to go to work. The trouble there is that work is a drag! But, being an economic blister is even more of a drag!

So, in order to avoid being broke, most people set off each day to a place called “work”. They not only have to show up every day of the week, but they are told how much money they will make, and when to plan their two week escape. They have become “wage slaves” and their lives are no longer theirs. Why do people do that?

Certainly, it is not for financial gratification. How many millionaires do you know who became rich working at a job? I know some people who even have budgets! How sickening. Can you imagine a life of such predictability that you know exactly how much you are going to spend for the month on gasoline and toiletries? Snap out of it!! How are you ever going to get ahead if you plan on mediocrity?

And people definitely don’t work a job to be happy. Why do you think so many people drink so much alcohol? No one can really be that thirsty! Why are so many people hooked on drugs? These can’t be the signs of happy people. Some people are so unhappy that they just kill themselves. Most people are not that desperate though, so they just comatose themselves in front of the TV every night.

Wow! I have got to change the subject, because this is starting to get depressing. But, this is how most people live, and if you live like most people, you are going to be working all your life; broke and unhappy. If you follow the herd, you will become a cow just like all the others, chewing your food twice for excitement while you wait to hear what the government is promising to steal from others to give to you.

The trick is don’t do what everyone else is doing. The individual who is financially secure, in charge of his or her life, and happy is uncommon. They are rare, but you can be one – a rhinoceros! The rhinos of the world are the thick-skinned chargers who enjoy the excitement of running their own businesses in the jungle, rather than following the herd of cows to the slaughterhouse.

Rhinos buck the odds. They are willing to put themselves up against challenges and the taunting and criticism that taking a challenge brings, to avoid mediocrity. They are eager to struggle against the flow, in order to escape a commonplace existence that the cows all share. They are ready to risk losing, in order to win.

Take a walk on the Rhino side!!! Make your own path. Choose your own course. Determine your own dreams. Keep charging!!” ~ Scott Alexander

Flip2Freedom is a one of a kind website that will show you how to escape the 9-to-5 and live a lifestyle most people only dream of.

This site will become your hub for interacting with like minded people on the same quest for freedom.
Flip2Freedom Academy is an exclusive cutting edge, online coaching program that is affordable, interactive and is specifically designed to give you the tools and education to quit your job in 19 weeks or less.